On the afternoon of 11/02/2022 a man had become lost while hunting elk in the Mill Creek watershed, a rugged roadless area in the north part of Umatilla County within the Umatilla National Forest. The hunter encountered two other hunters who knew the area. The trio began descending down a steep mountainside intending to hike out from the bottom of the drainage. About half way down the hunter slipped and severely injured his ankle. His two companions decided to continue out to the bottom to get help while the victim got a fire going and settled down for the night. The victim’s coordinates were obtained using a smartphone.

The accident was reported to UMASAR that evening. It was decided to respond SAR teams the next morning. Assistance was requested from Union County SAR and the U.S. Forest Service. Right after dawn the next morning a hasty team left the Broken Ridge trailhead with the assignment of locating and assessing the victim. An extraction task force consisting of a litter team and saw teams was also assembled.

At approximately 10:00 AM SAR personnel located the victim where he had fallen. After conferring with the victim, it was decided to try and slowly walk the victim on down the mountainside to the bottom of Broken Creek providing necessary support. In the meantime, litter and saw teams began hiking up the bottom of Mill Creek. 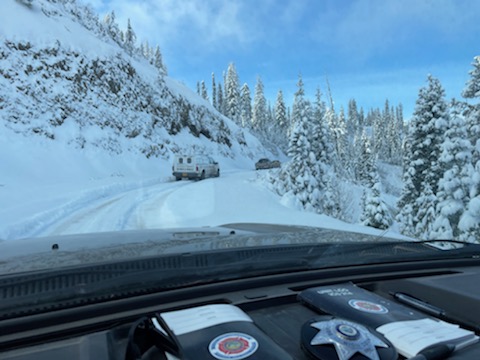 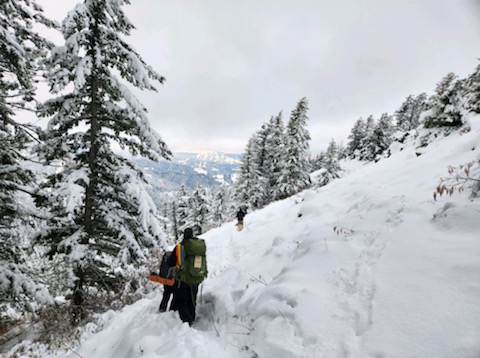 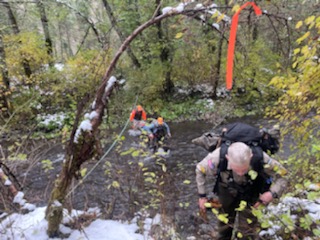 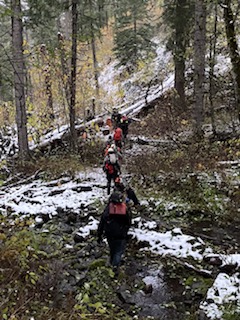 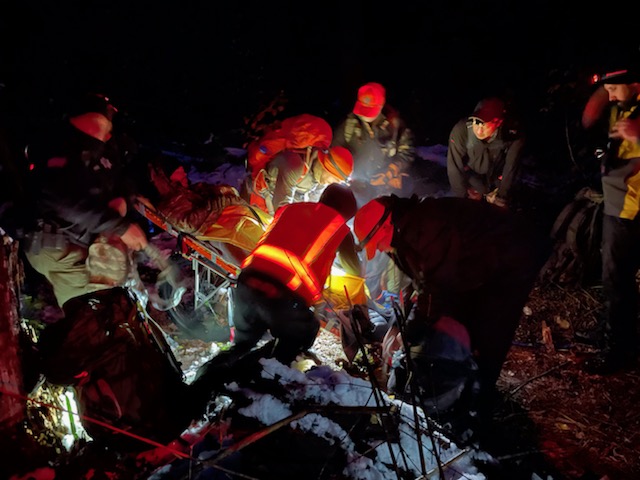 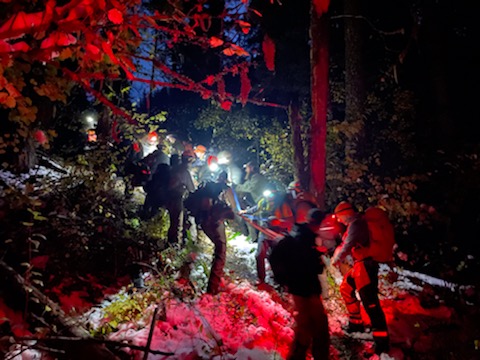 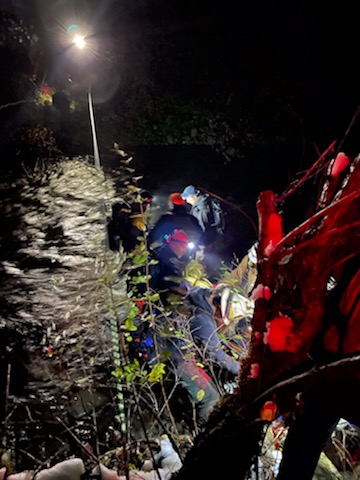 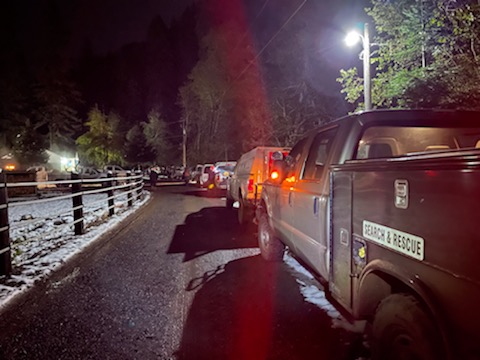 The extraction task force had to ford Mill Creek to access the Broken Creek drainage. The bottom was choked with blow down trees, small standing trees and brush. The saw teams cleared a narrow pathway for the wheeled litter to follow. However, it soon became evident that even with the cleared path it would be difficult and risky to use the litter due to the numerous obstacles presented by the terrain.

Upon meeting the hasty team over a mile up the drainage it was decided that continuing to walk the victim down the cleared path was safer than using the litter. The victim agreed to try to continue to walk. Teams improved the pathway on the way back down as best they could. The victim was eventually placed into the wheeled litter prior to the Mill Creek crossing. From there he was transported to the Mill Creek trailhead without incident, arriving at approximately 8:00 PM. The victim was in good shape except for the injured ankle. His hunting partner, who had stayed at camp that day, subsequently transported him to a Walla Walla hospital.