A three person UMASAR search team responded to a distress call from two lost hunters in the North Fork Umatillla Wilderness Area. The two hunters had left Coyote Ridge trail and descended into the steep canyon on the north side of the North Fork Umatilla River. After finally reaching the bottom the hunters lost GPS signal and began travelling in circles looking for the trail. After being in snow and wind all day the hunters were soaking wet. With darkness approaching they climbed up the ridge approximately 300 feet and were able to call 911 for help. They were able to light a fire using the money in their wallets as fire starter. 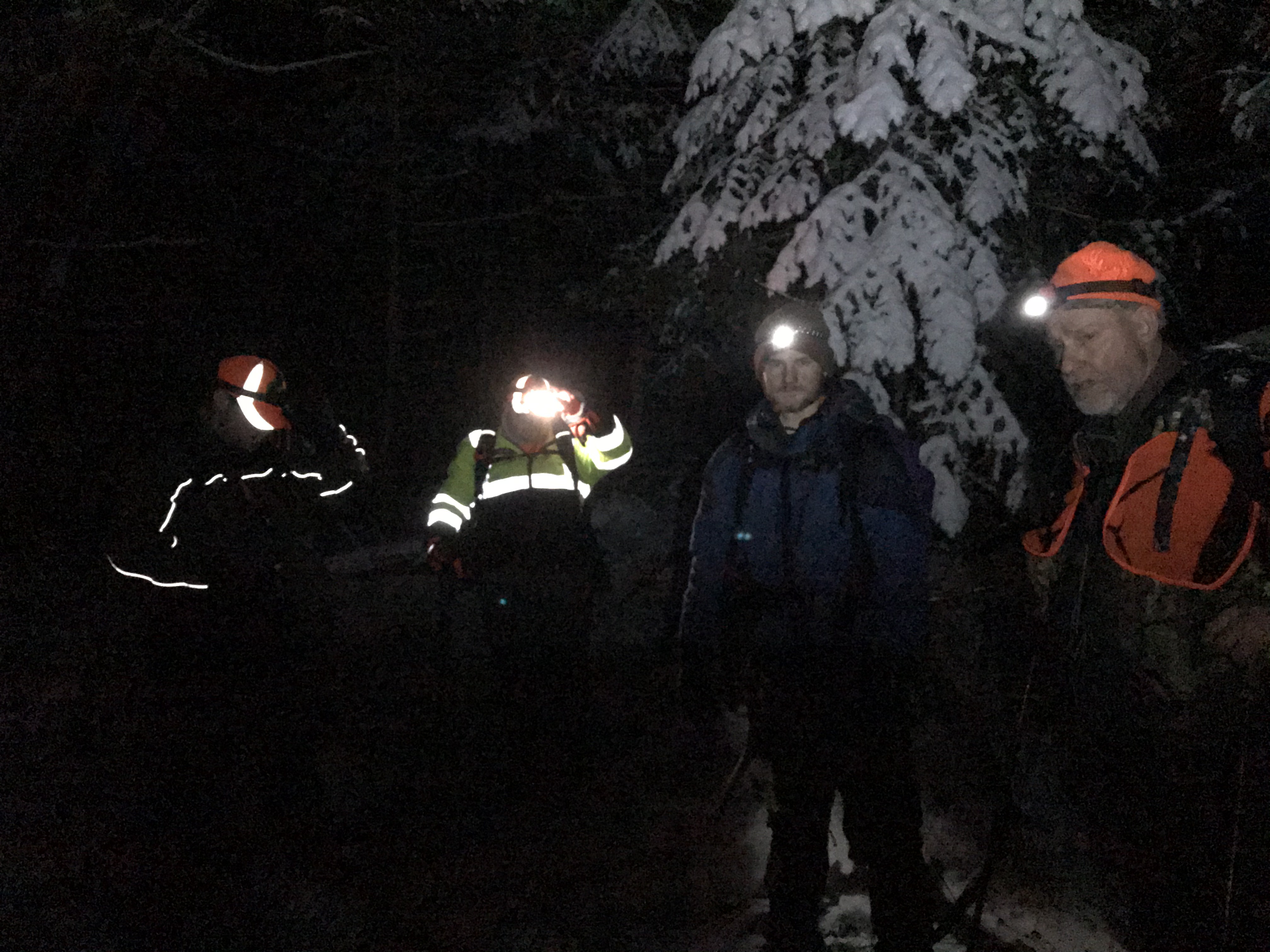 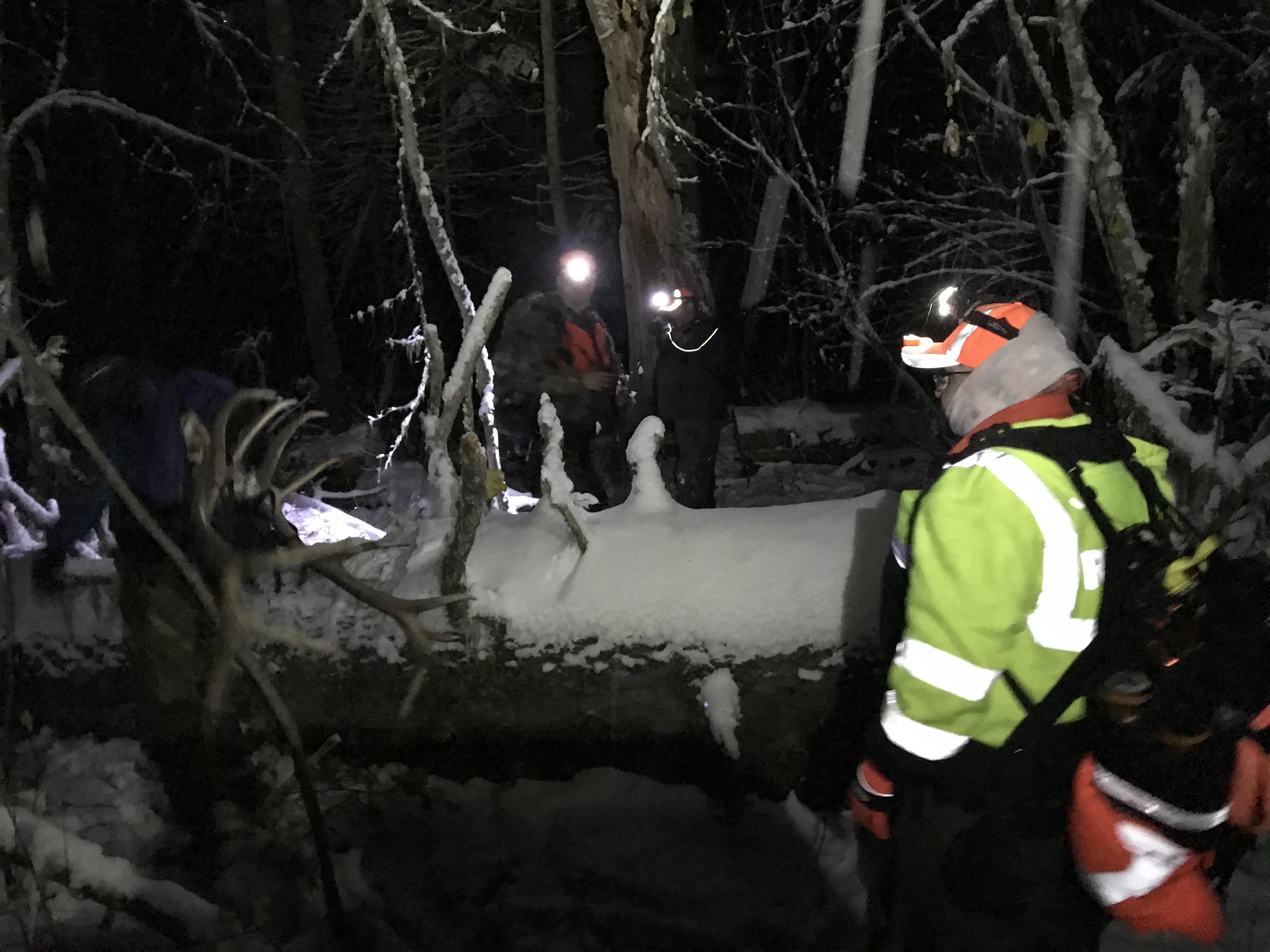 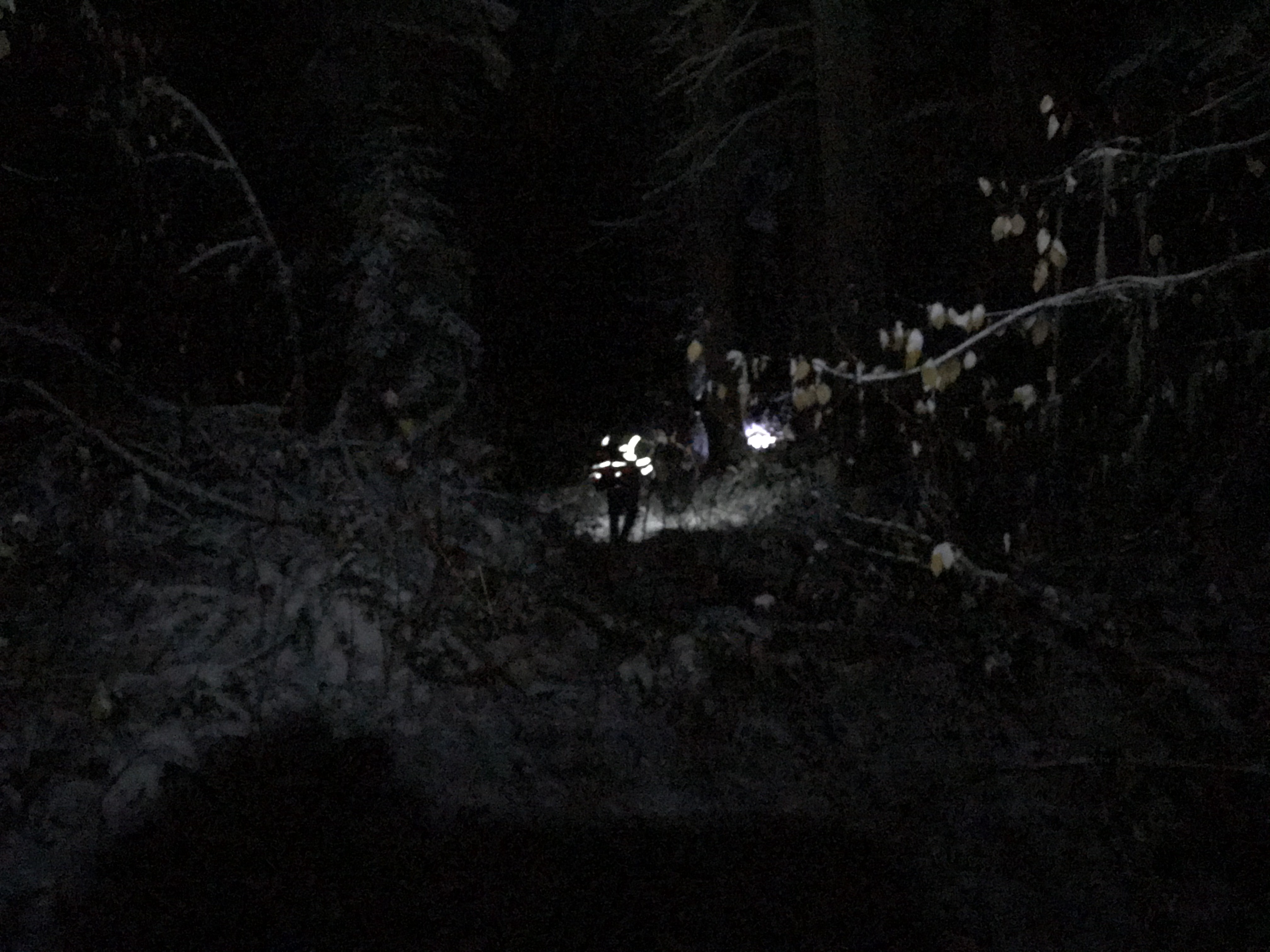 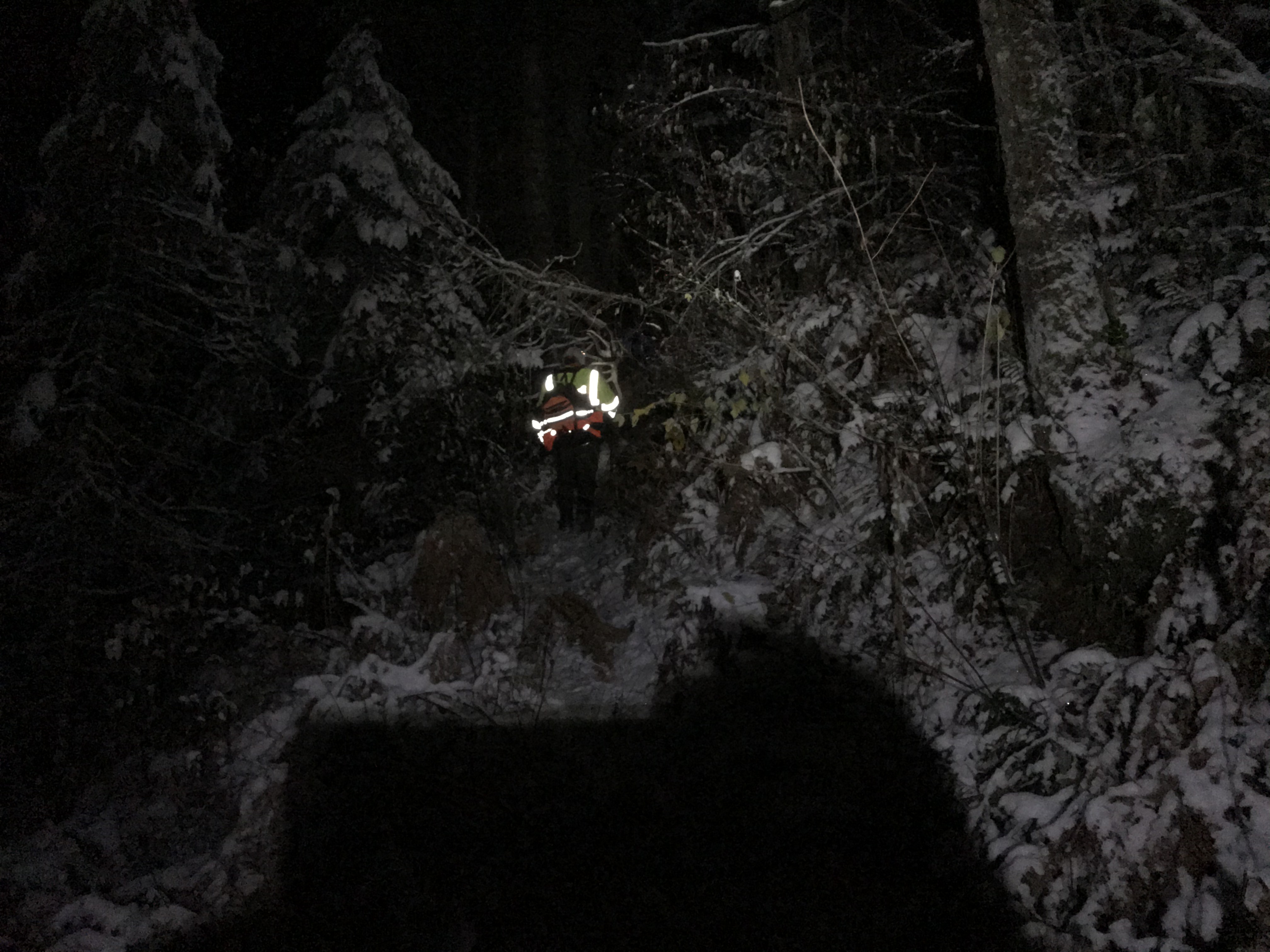 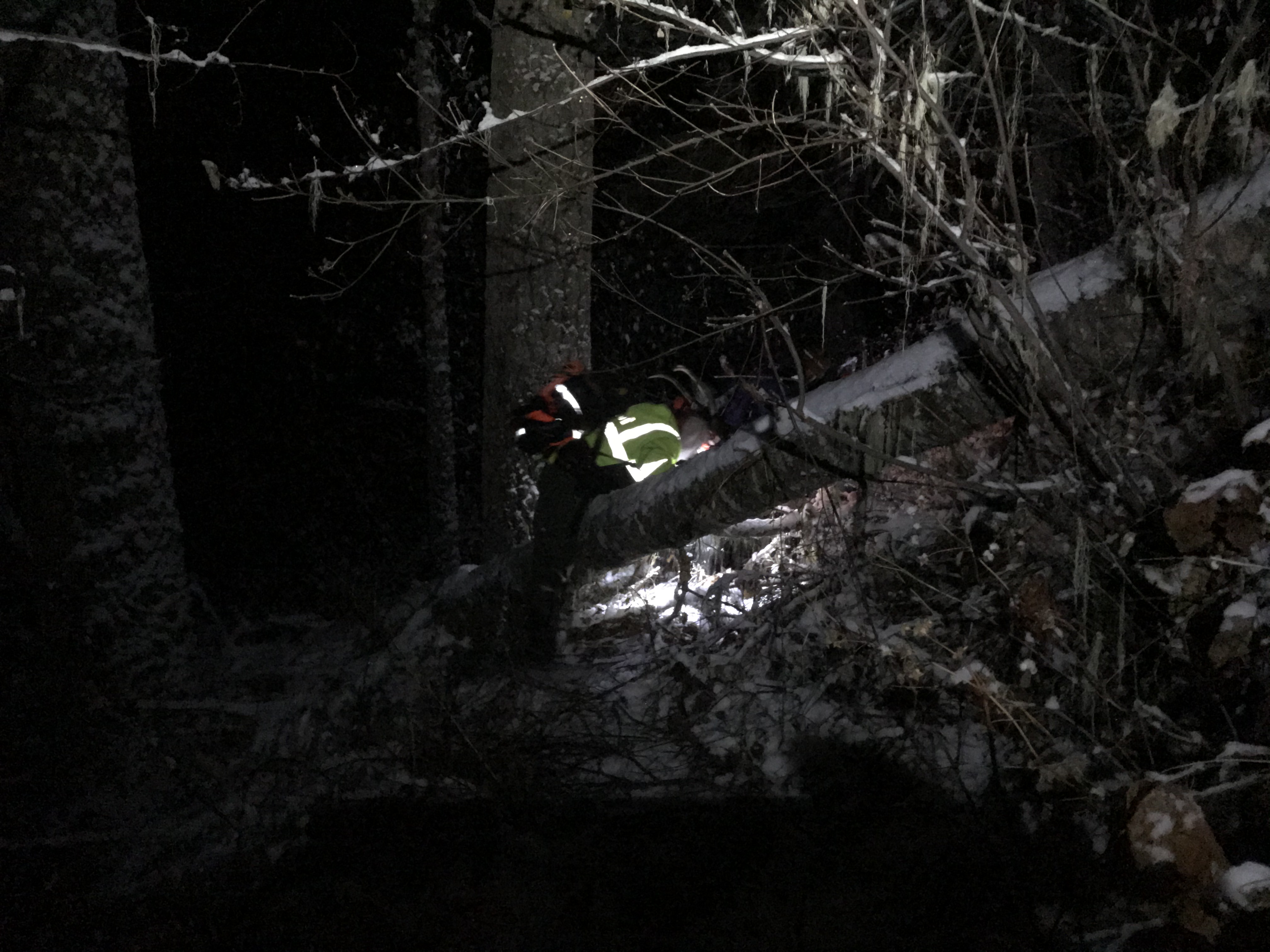 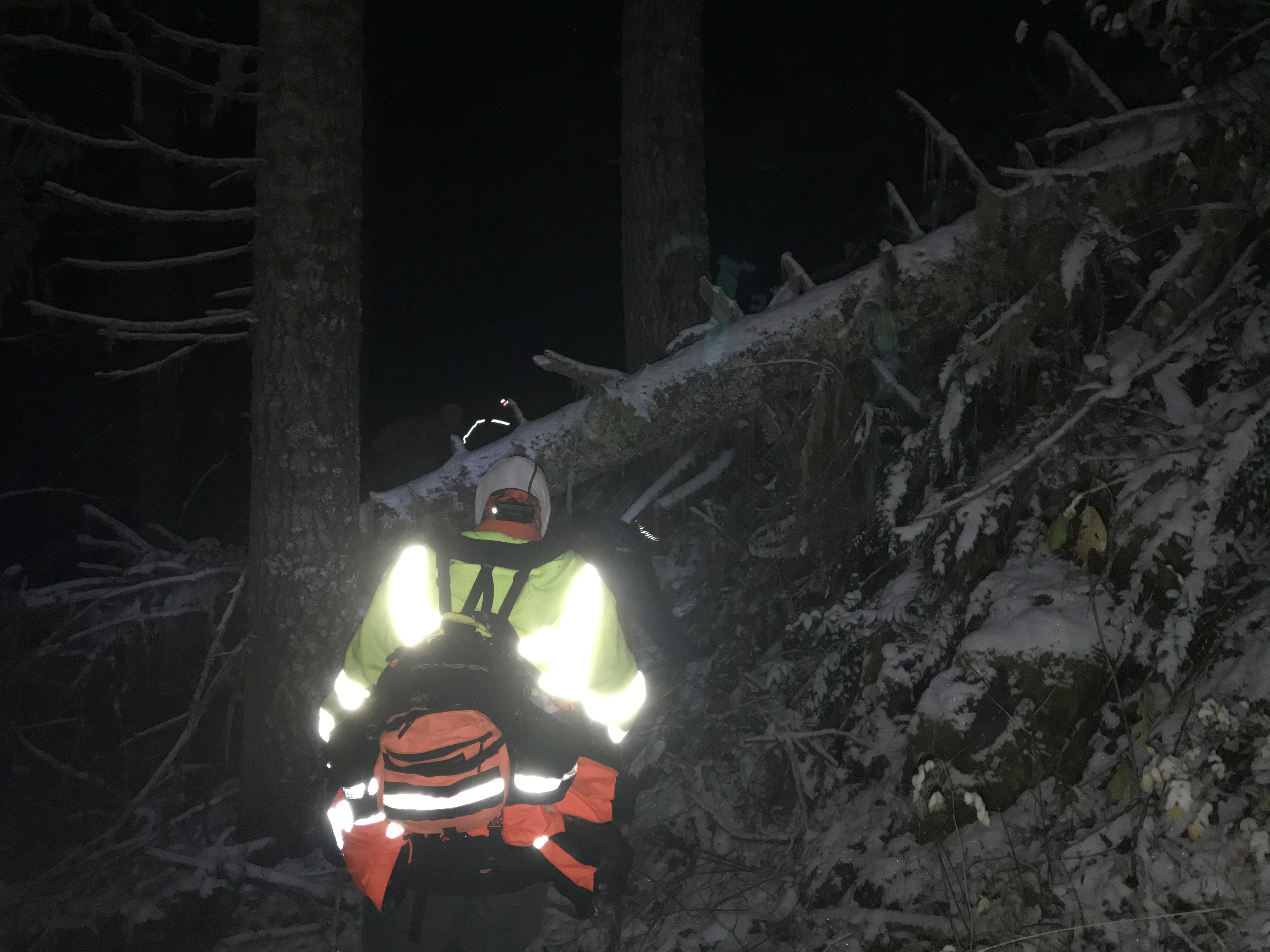 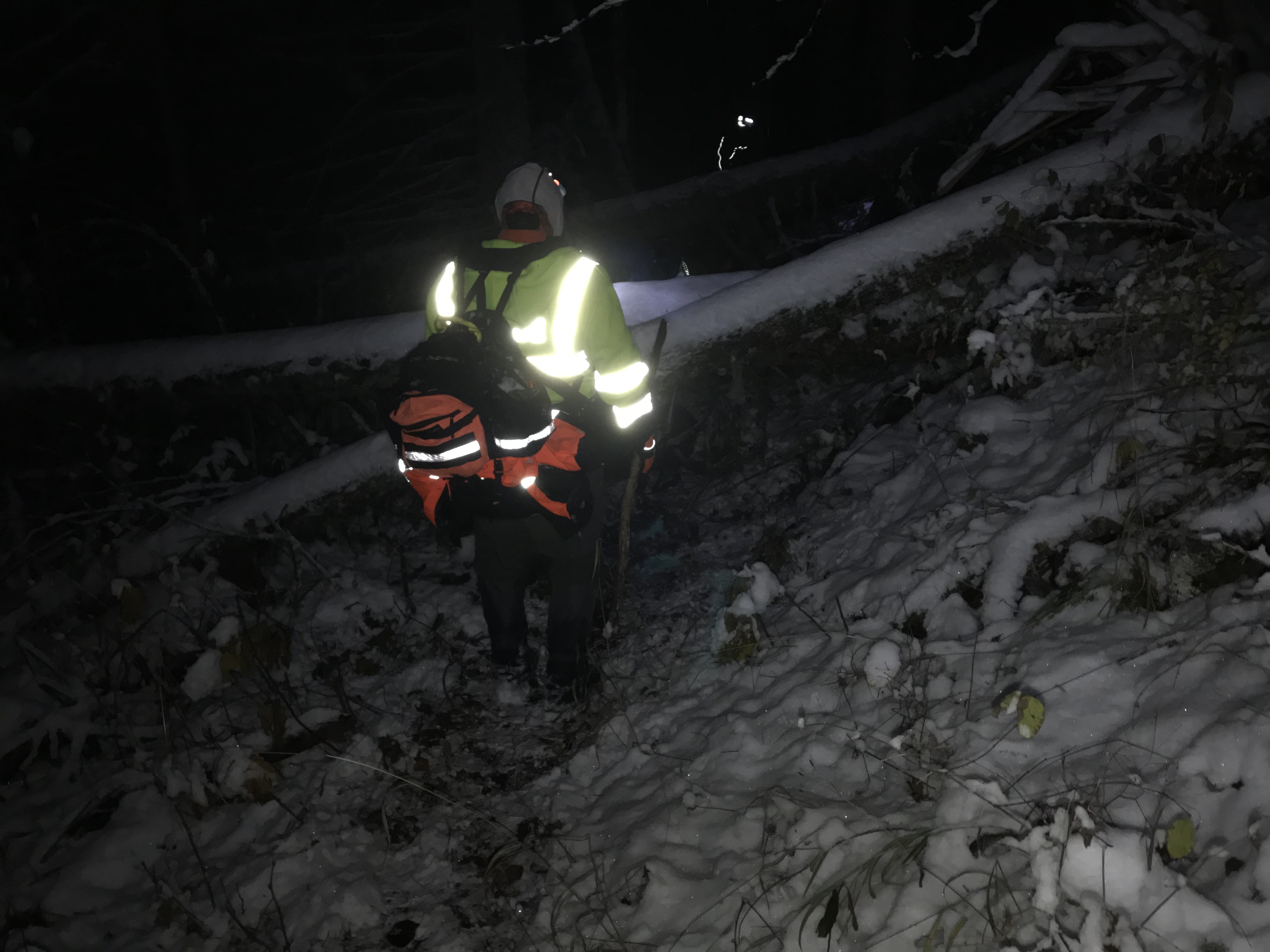 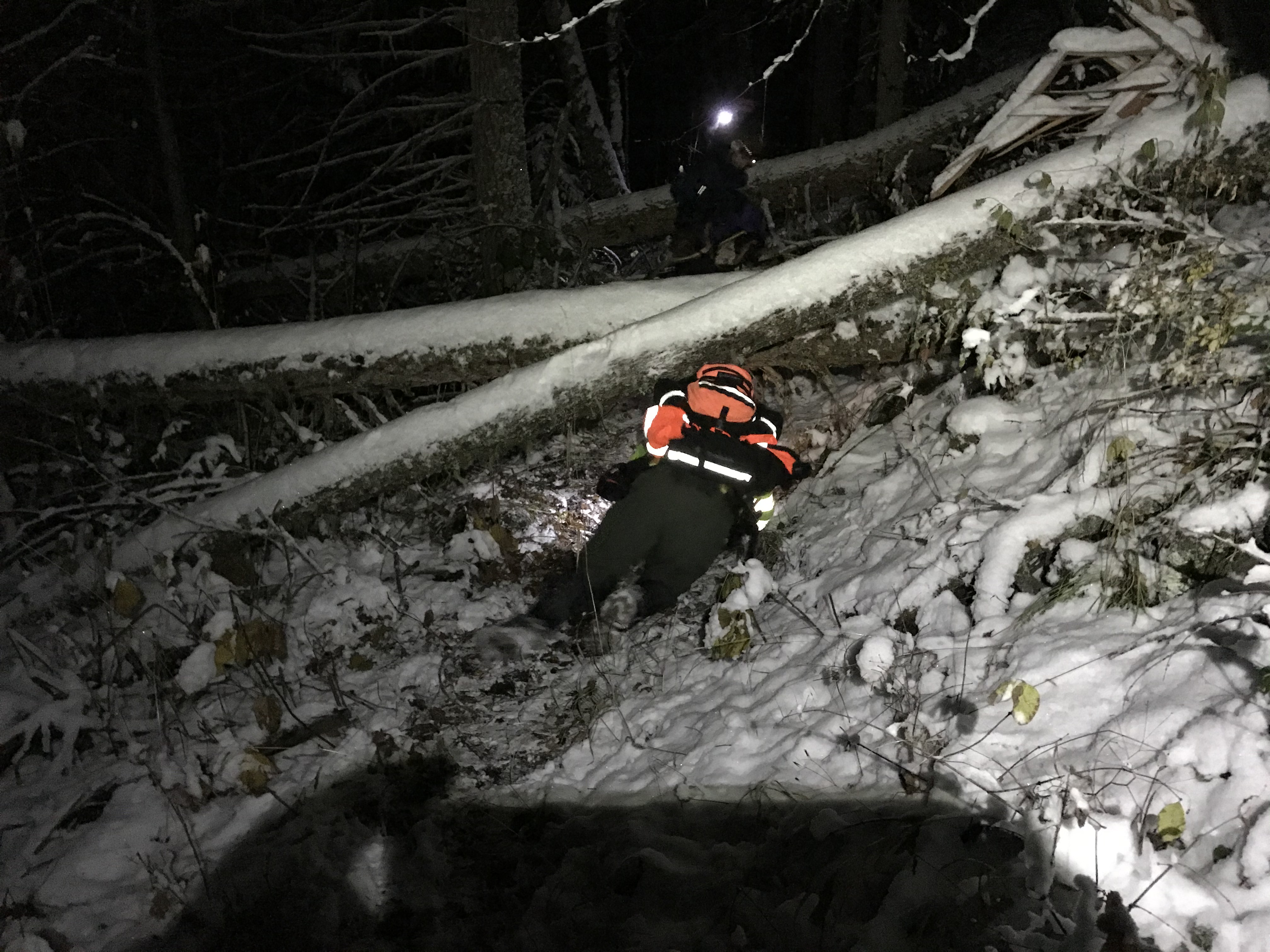 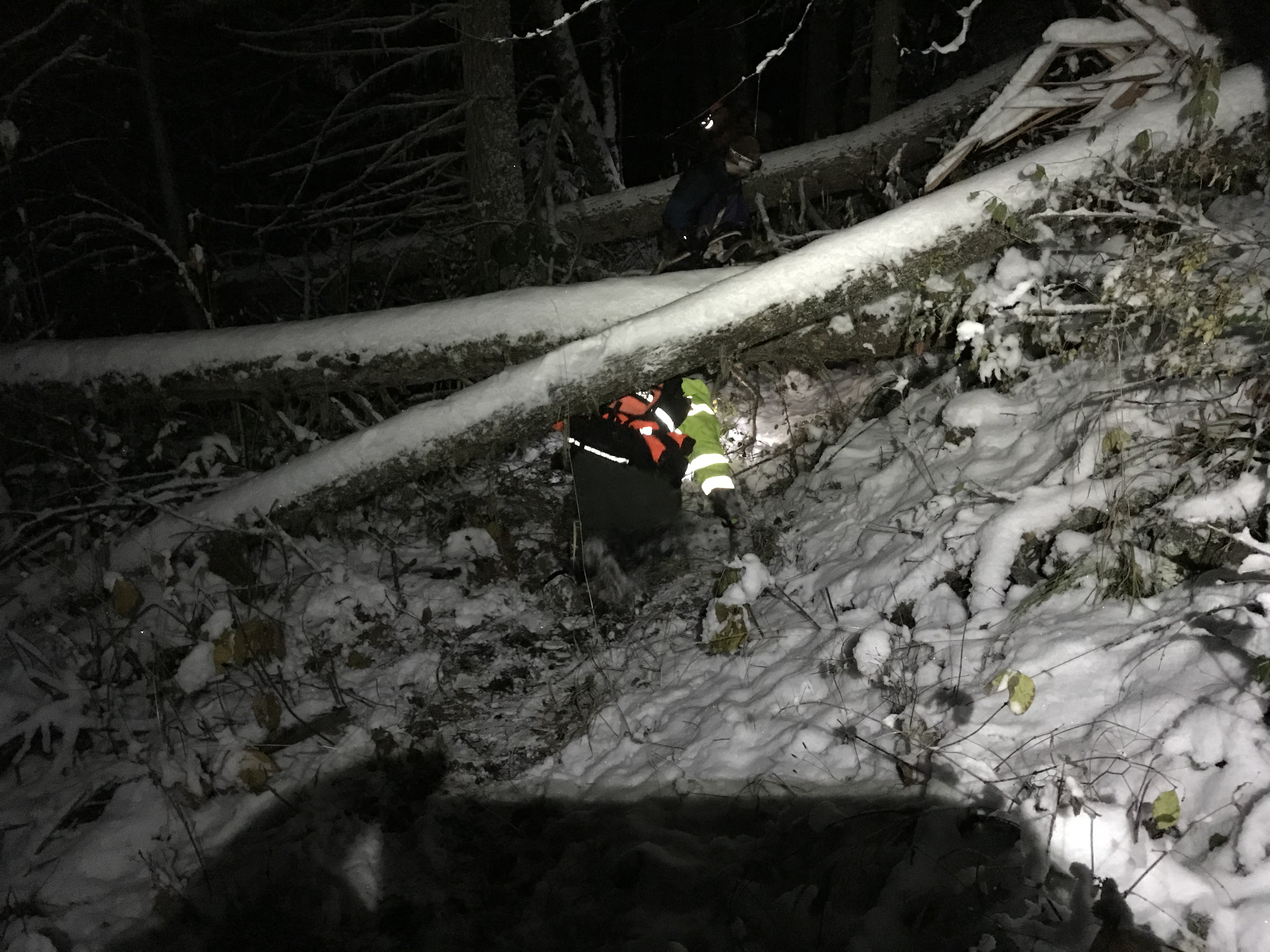 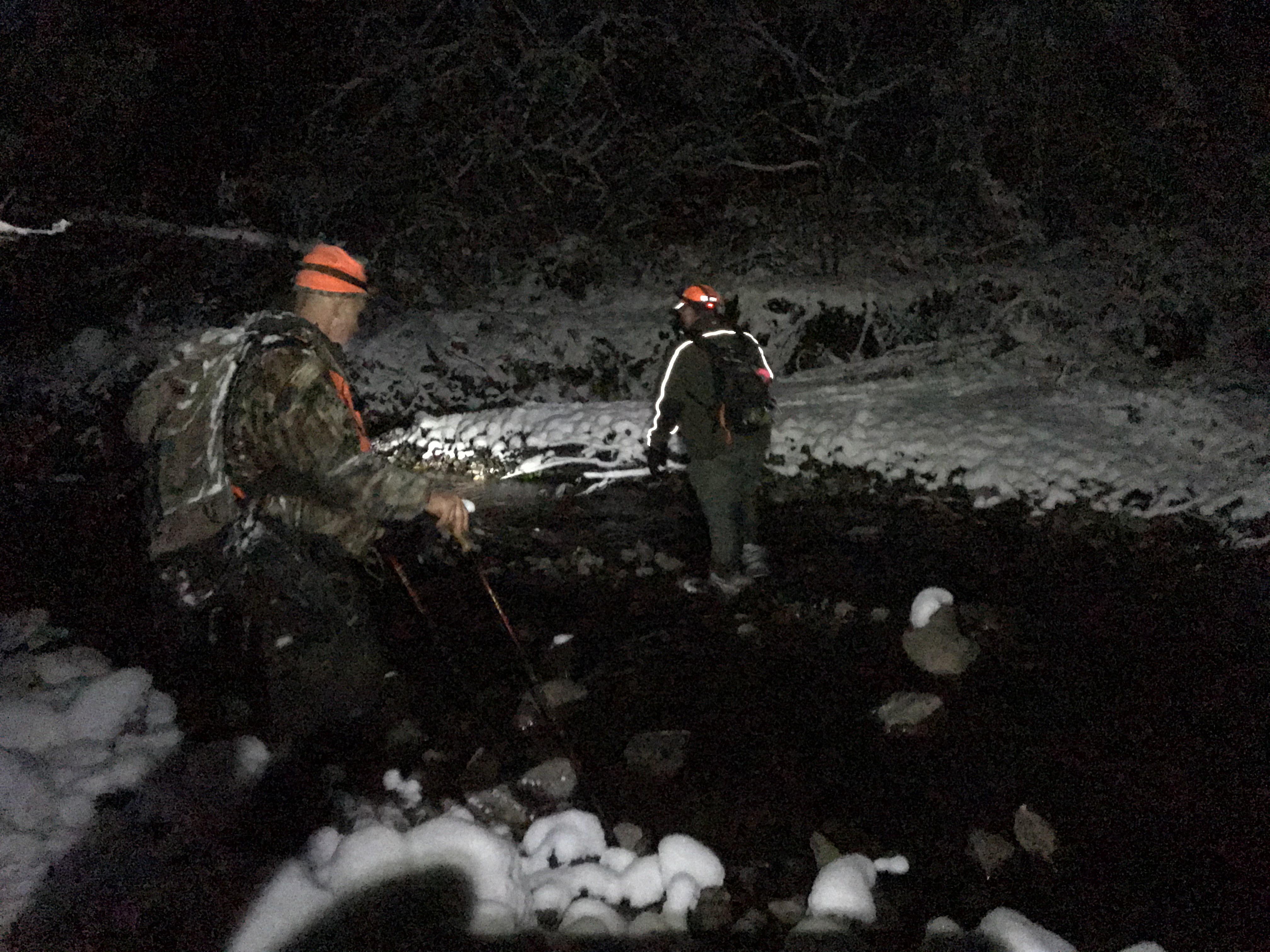 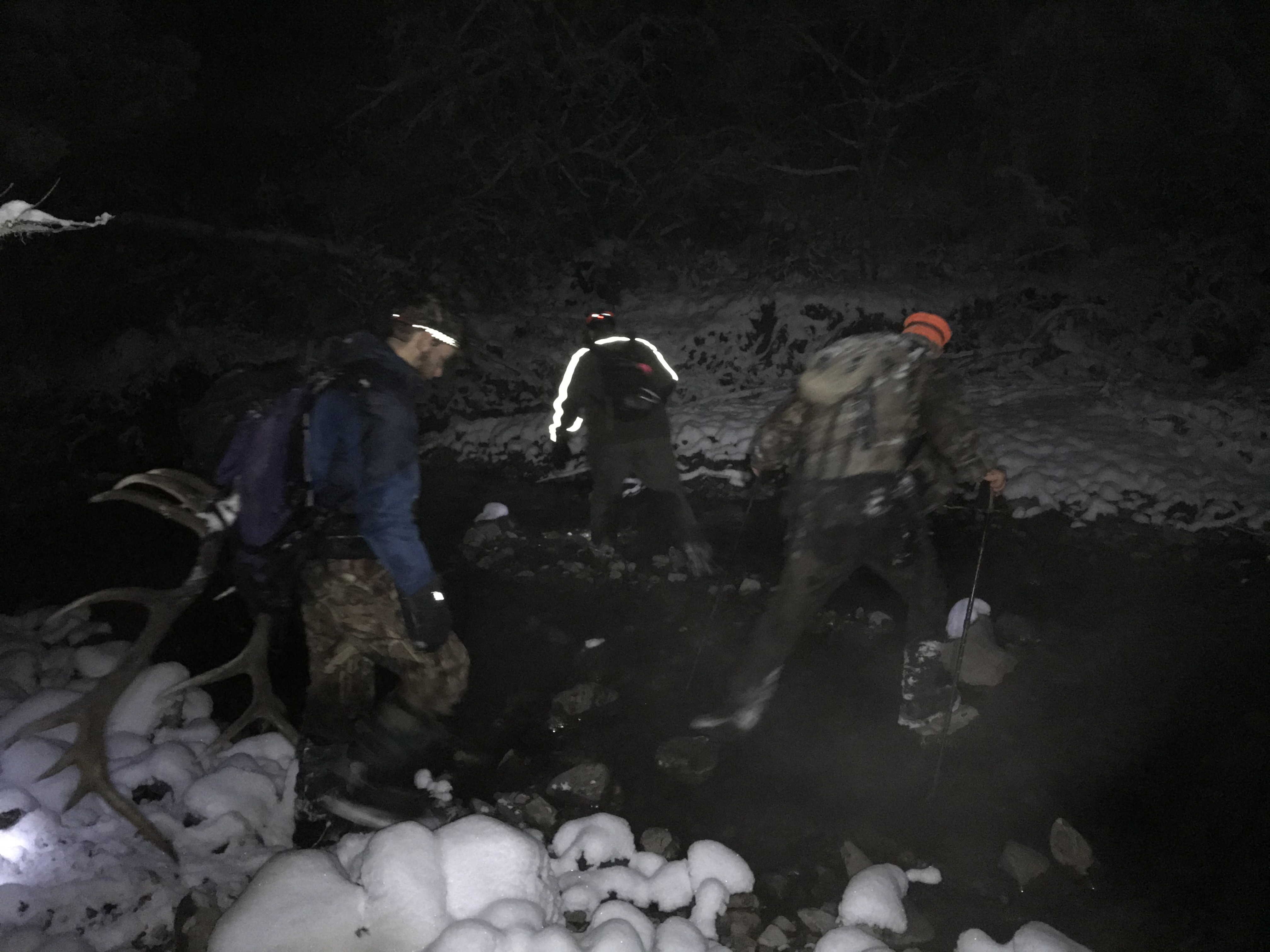 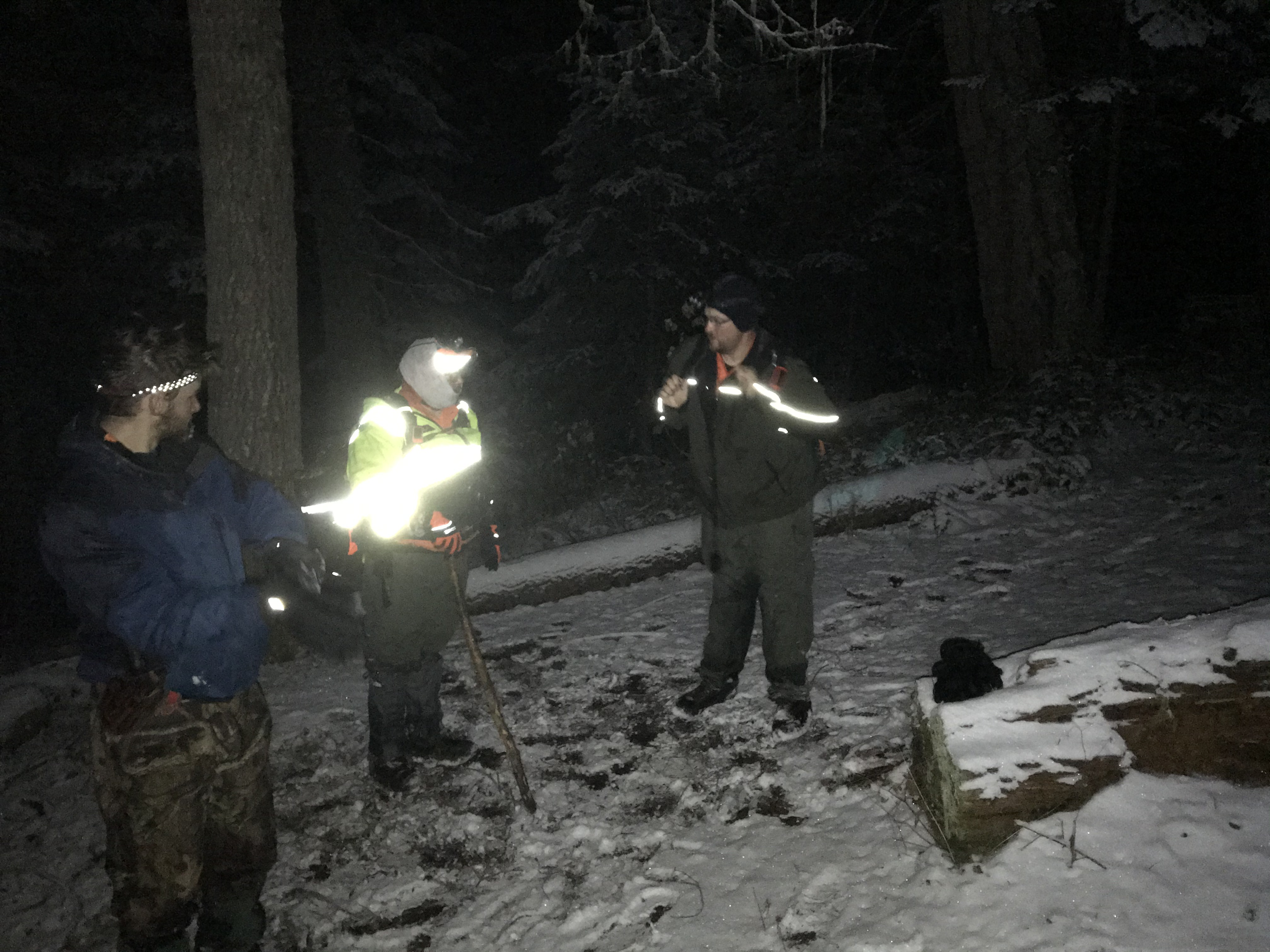 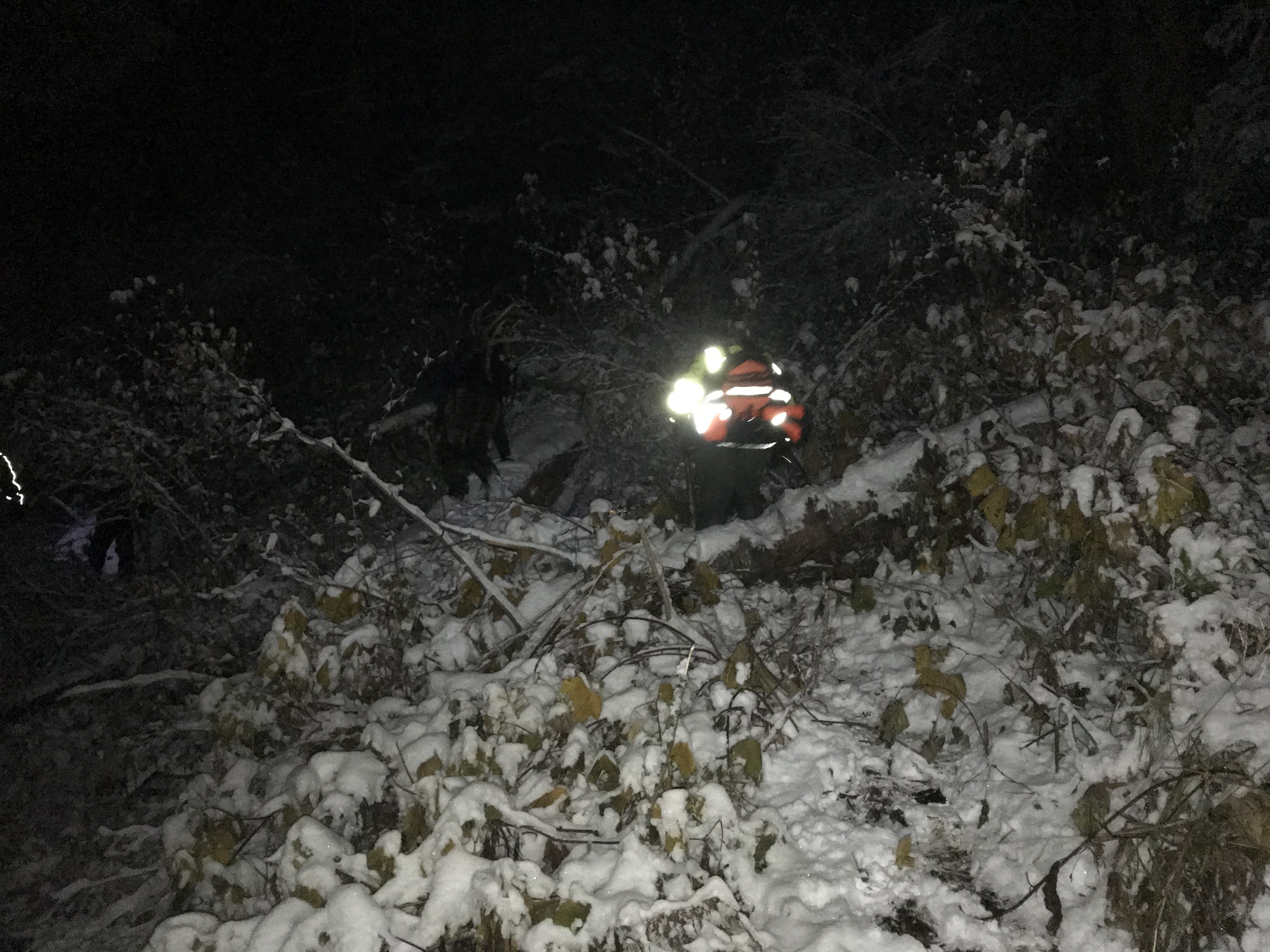 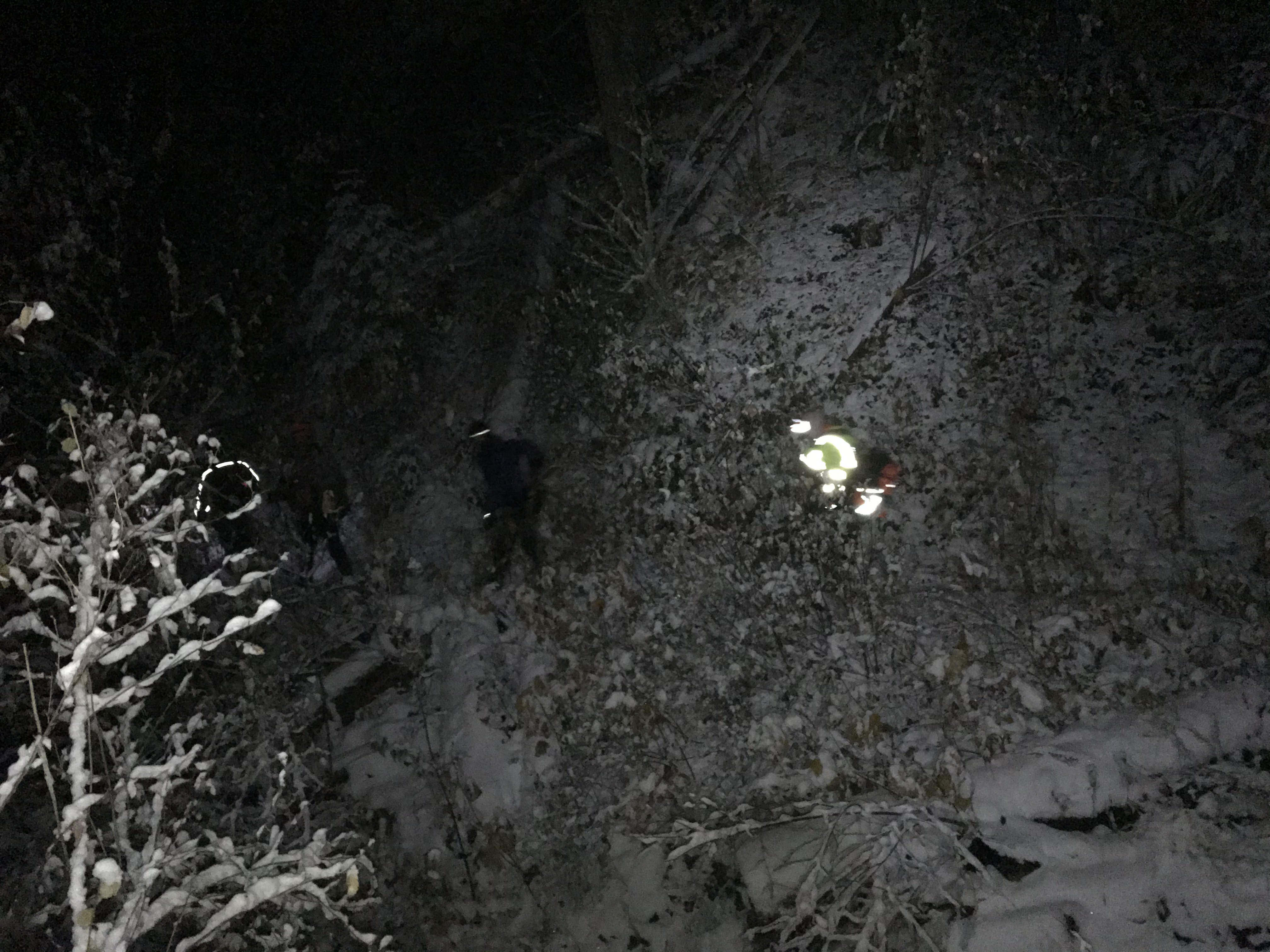 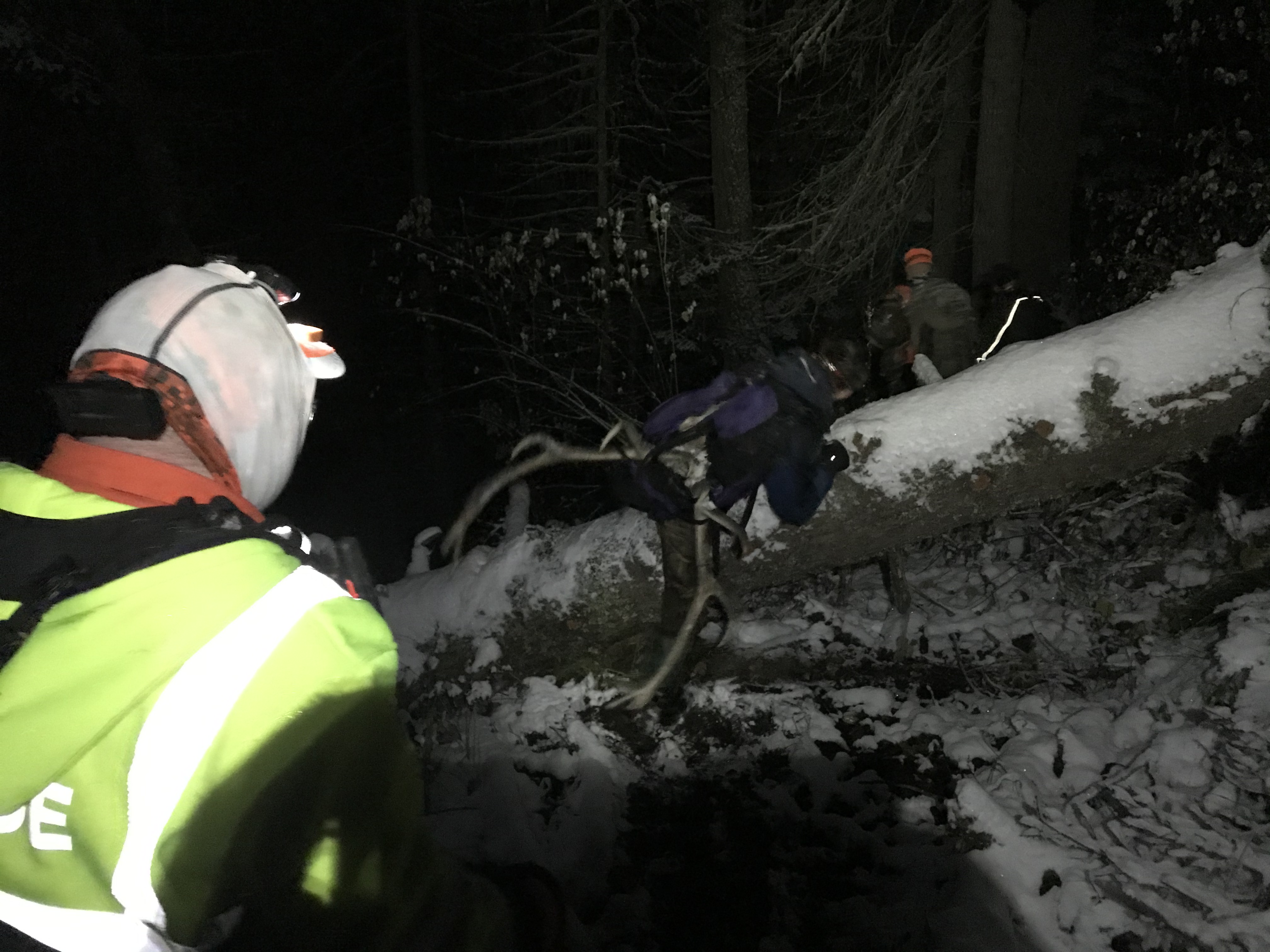 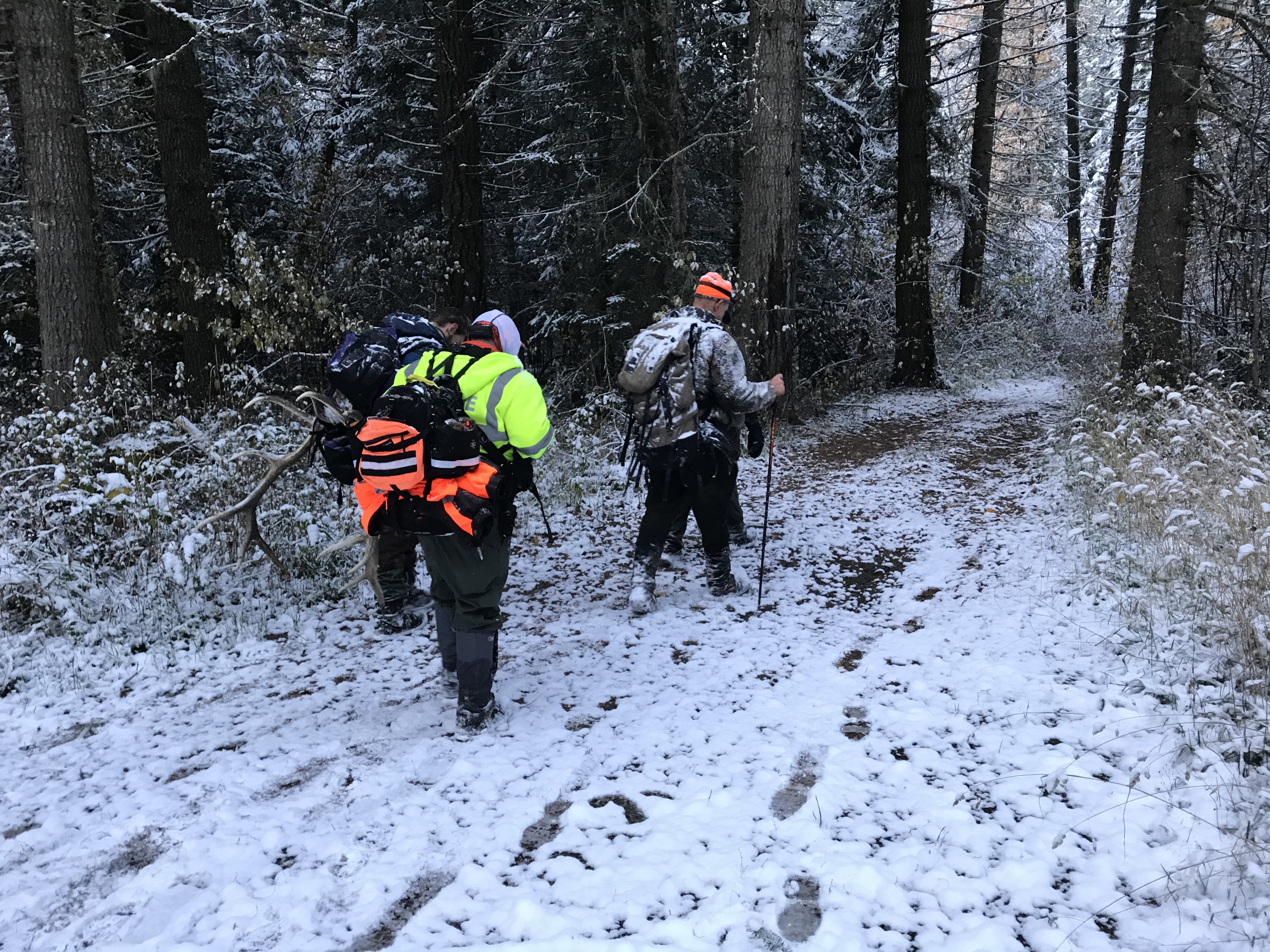 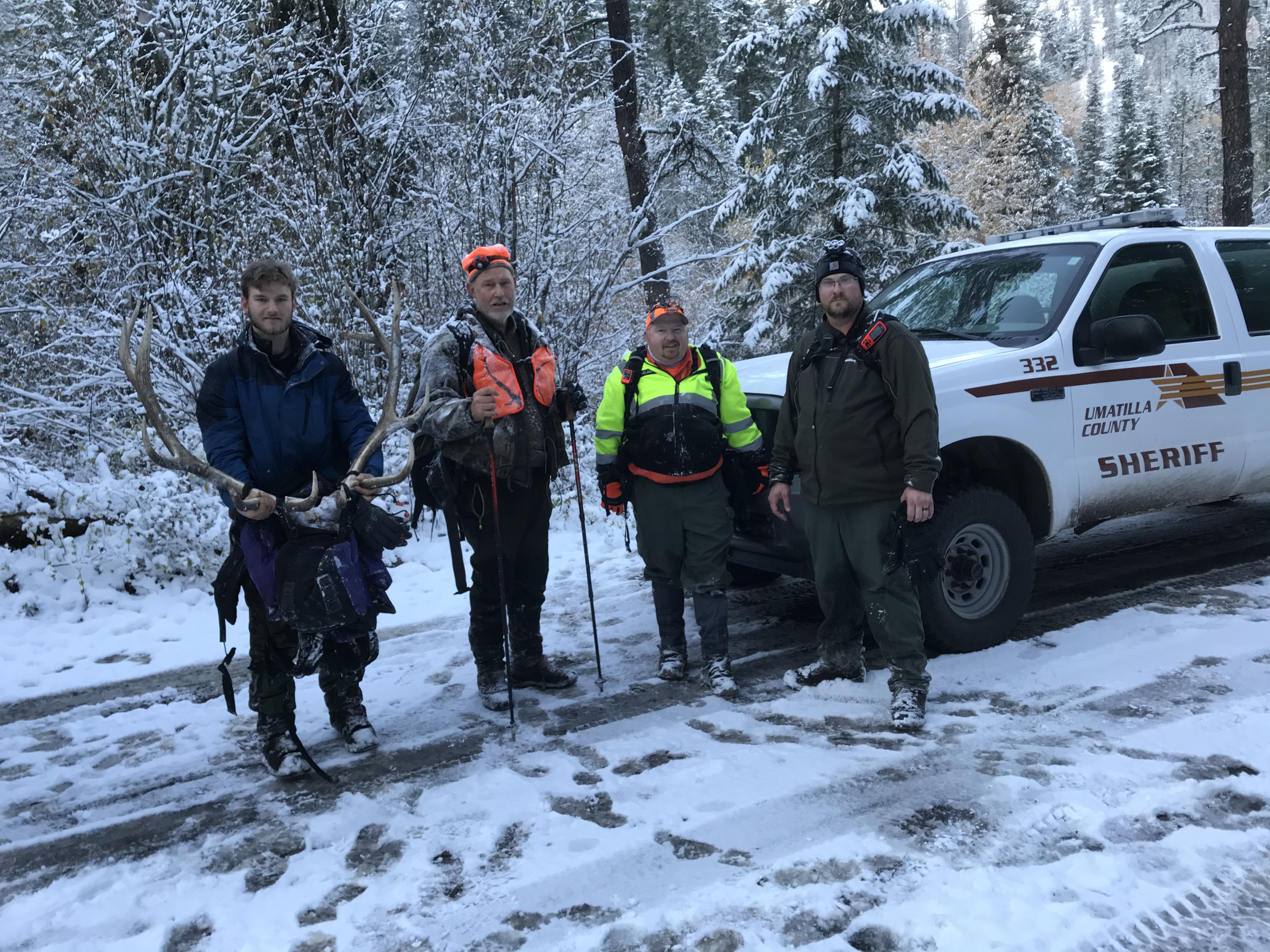 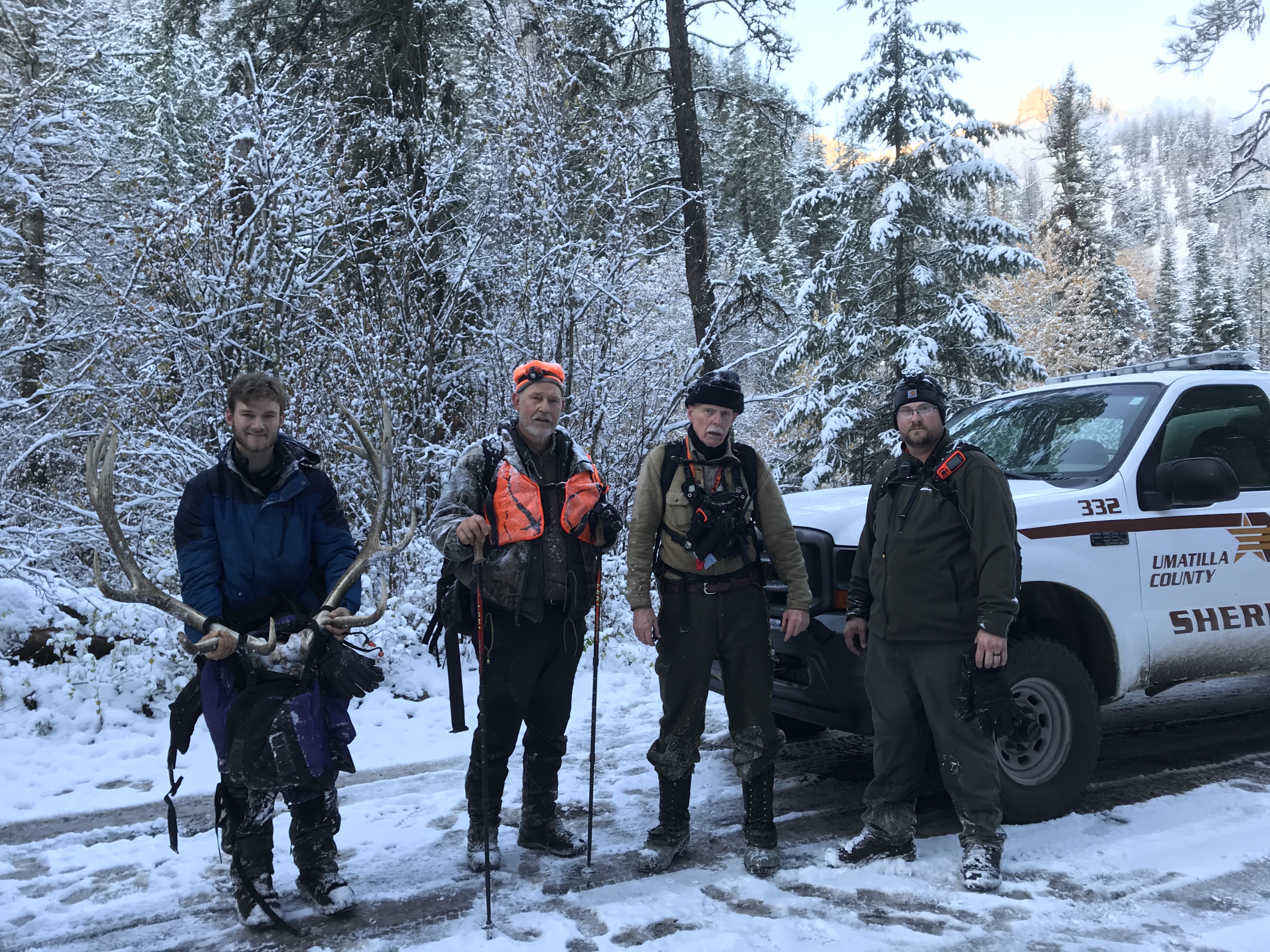 The UMASAR team hiked in from the canyon bottom starting in the early evening. The trail was difficult to follow due to numerous windfalls and washouts caused by a severe flood the previous winter. Hiking through three to ten inches of snow, the search team lost the trail completely about one half mile from the hunters presumed location. The search team decided to climb to the same approximate elevation as the lost hunters and began the arduous task of side-hilling toward their location.