UMASAR Searchers responded to Baker County on October 4 and 5 of 2019 to assist with a search for a hunter who had been missing in the rugged terrain of the East Eagle Creek drainage. Searchers participated in ground searching and using the UMASAR drone. On the second day searchers spotted a suspicious group of ravens flying high above the drainage near a steep draw. The UMASAR drone over flew this area but nothing was observed. However, the observation seemed suspicious enough that SAR operations sent a ground team to the coordinates provided by the drone on the next day and found the body of the missing hunter. 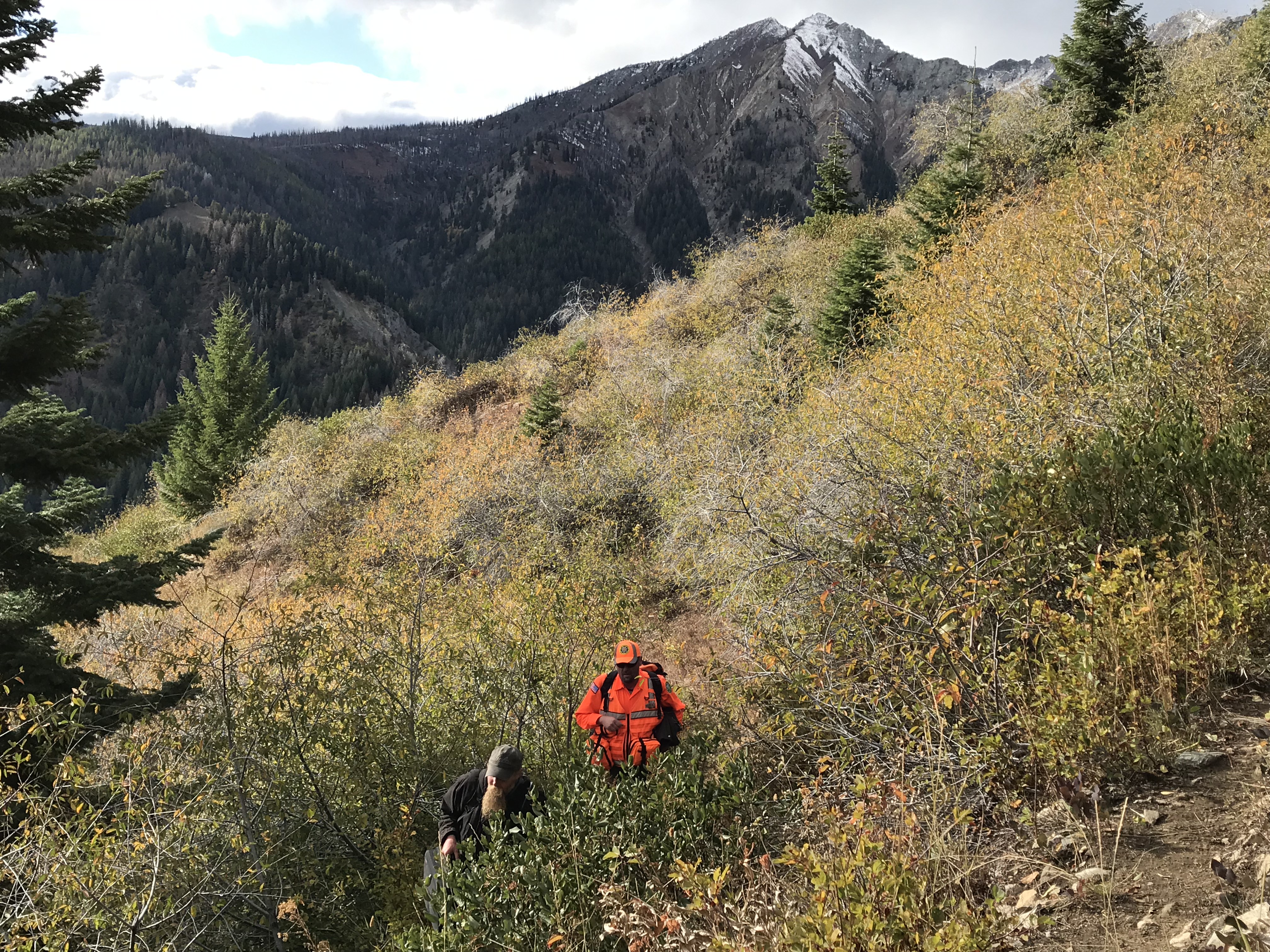 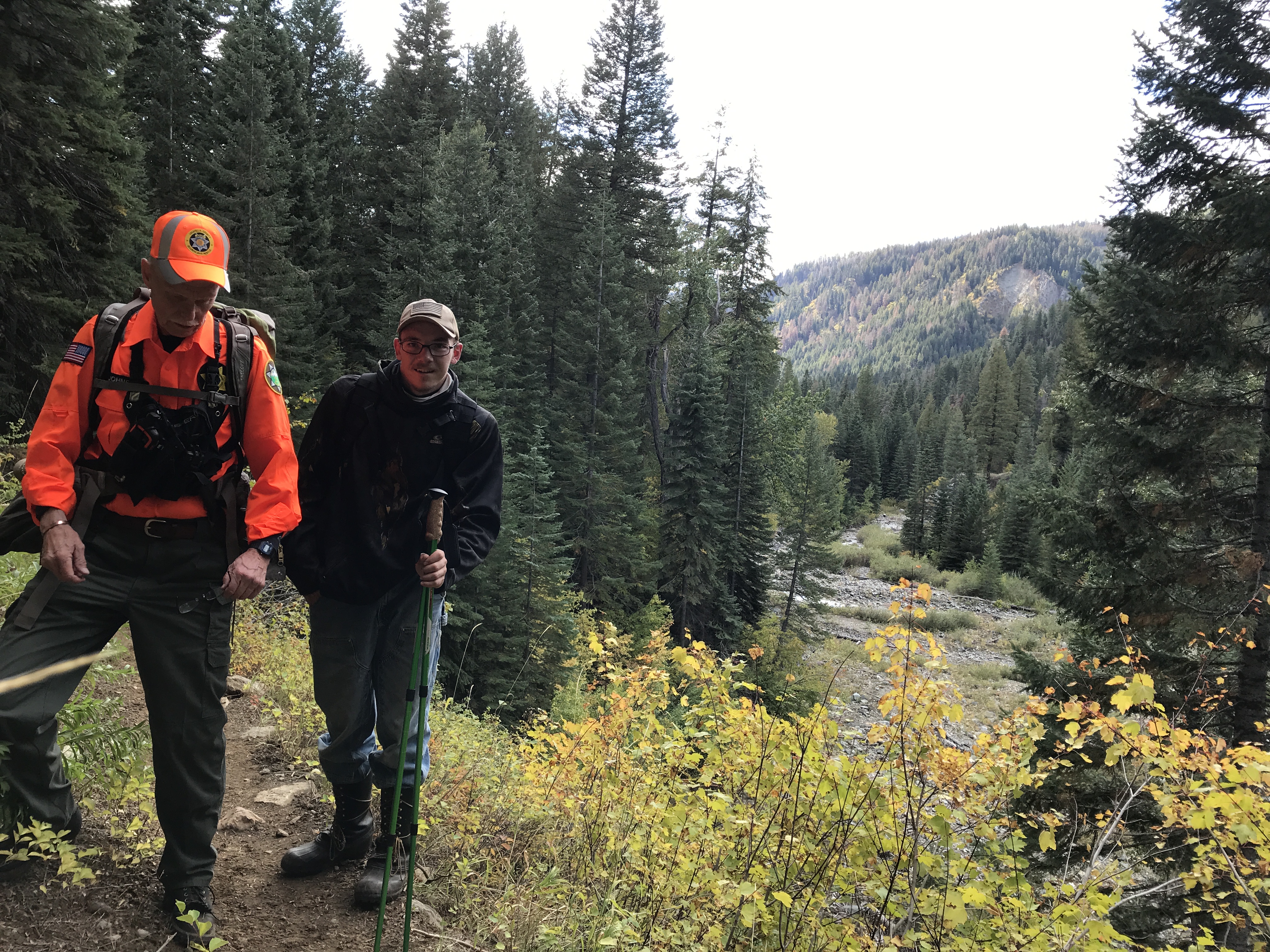 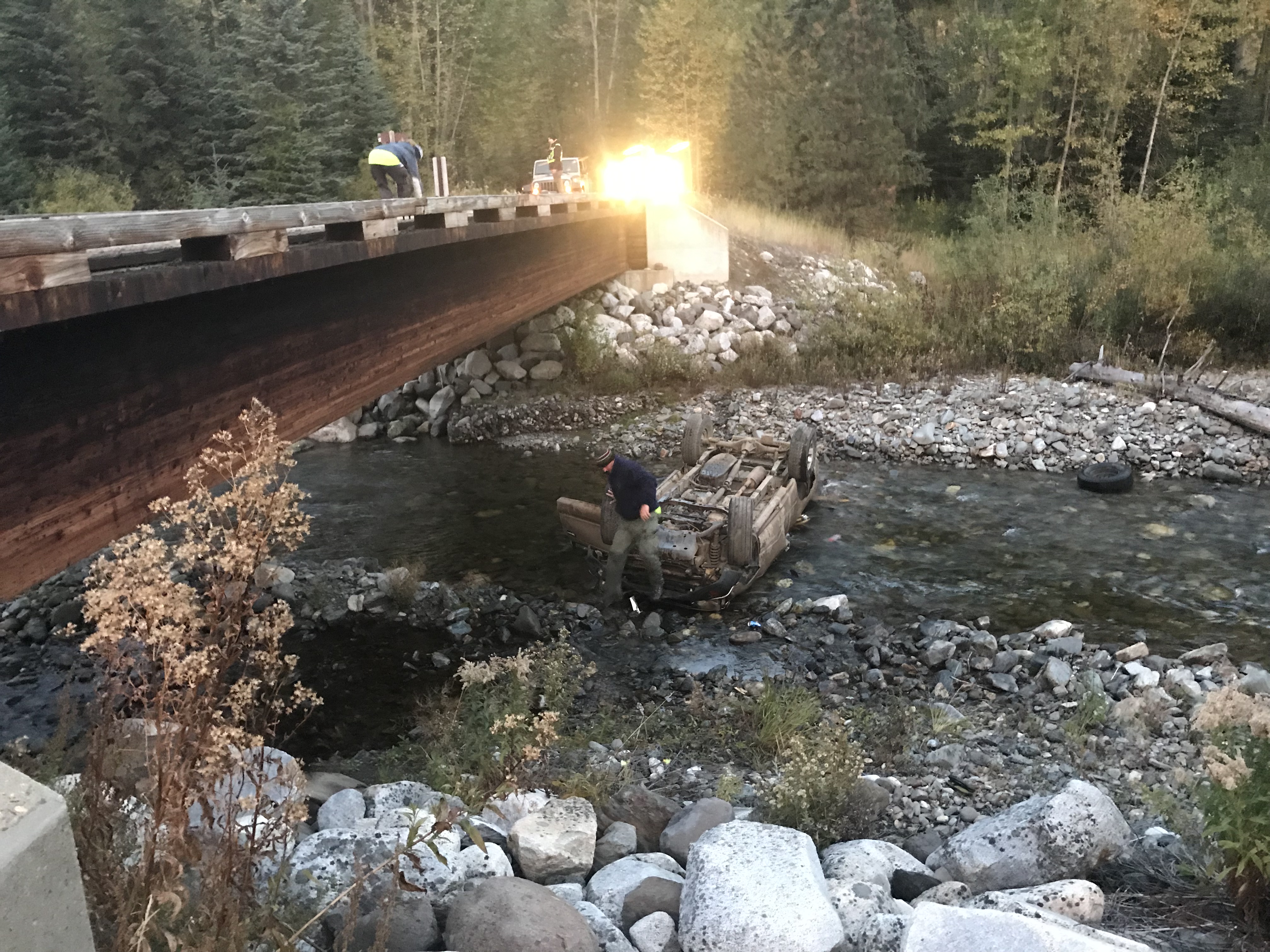 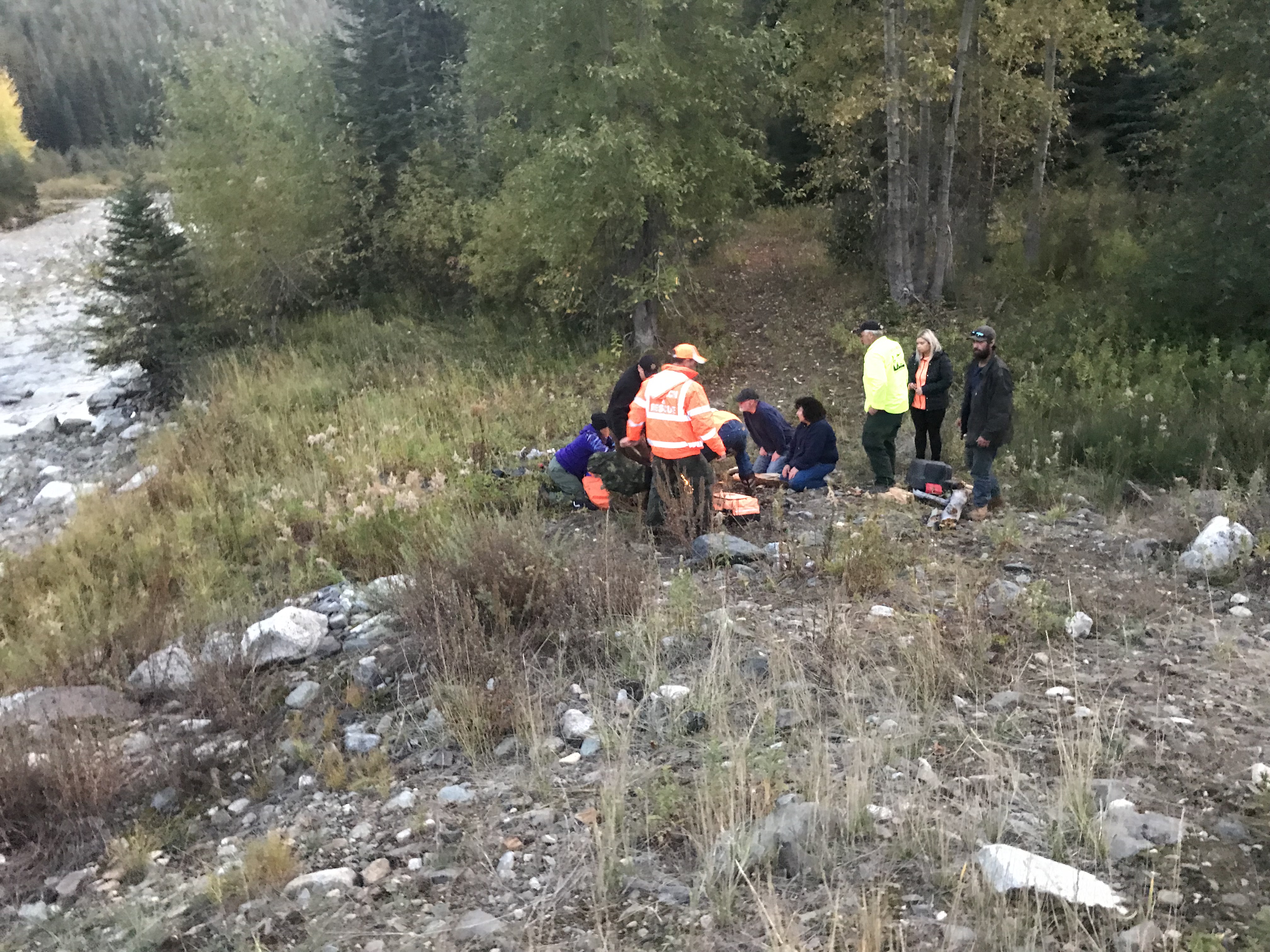 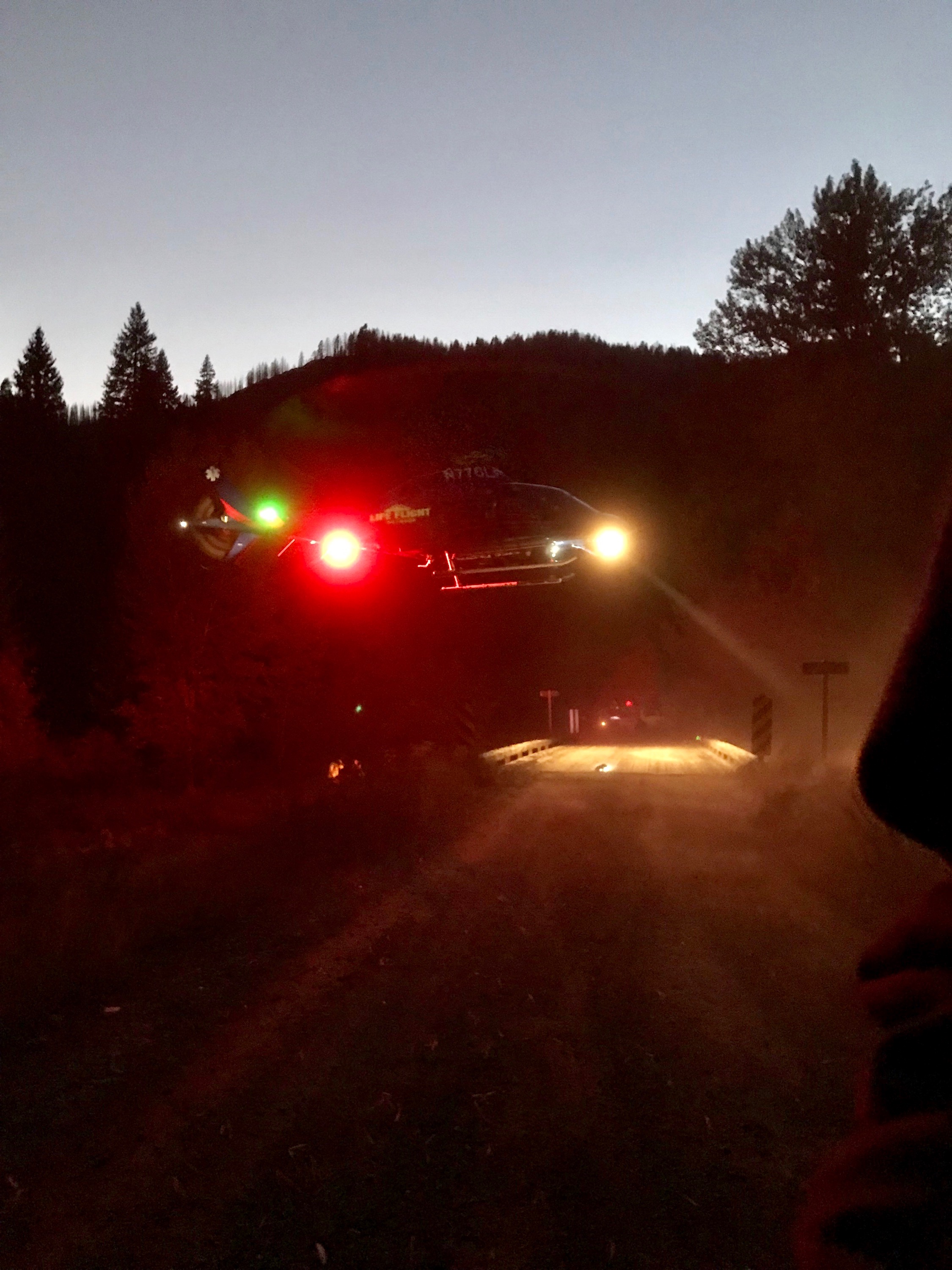 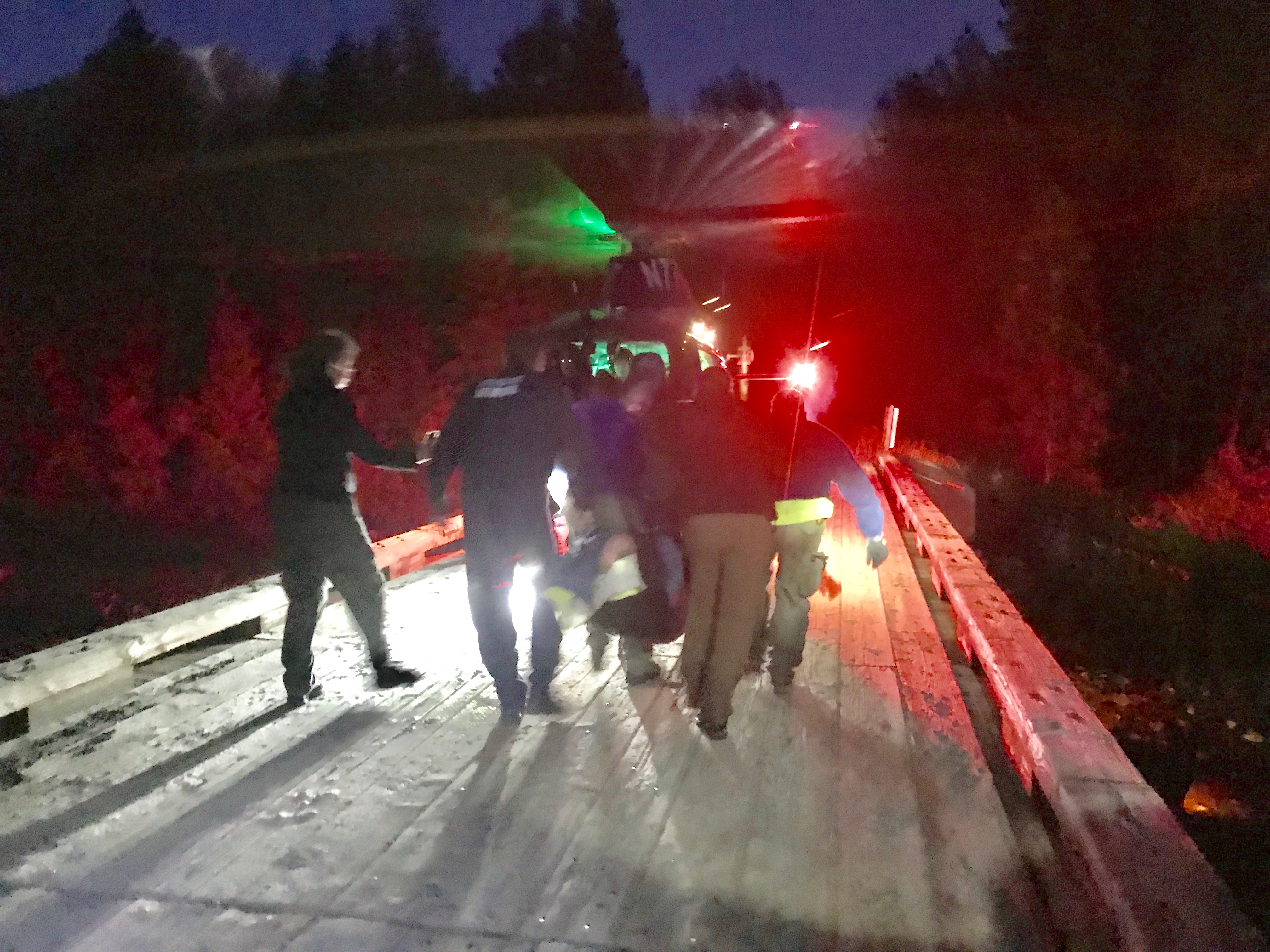 Shortly after they left the search area heading back to Pendleton the UMASAR ground team heard a honking horn while crossing a bridge on East Eagle Creek. The searchers stopped and located a vehicle upside down in the creek. The team found an occupant trapped in the vehicle who was immersed in very cold water. The team radioed for help and together with the Sheriff of Baker County were able to remove the individual.

The individual was transported to a hospital in Baker City by LifeFlight, where he was treated for his injuries. It was later determined that the occupant was the brother of the missing hunter and that he had been in the water for 45 minutes. He told his rescuers that several cars had crossed the bridge prior to the UMASAR team and had not seen him.

For their actions on the evening of October 5, 2019, UMASAR searchers Travis Lundquist, Destry Stewart and Dani Smith were subsequently recognized by Sheriff Terry Rowan with a Special Act Award.